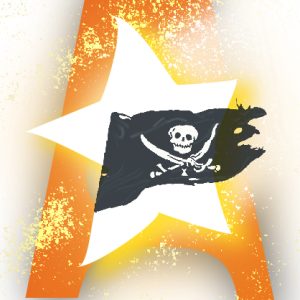 PETER AND THE STARCATCHER

A Play by Rick Elice, Music by Wayne Barker
Based on the novel by Dave Barry and Ridley Pearson

Description: Peter and the Starcatcher is a prequel to Peter Pan based on the children’s book by Dave Barry and Ridley Pearson and freely adapted for the stage by Rick Elice. This Tony award winning, magical and inventive adventure is a coming-of-age story that reveals how a nameless orphan and a remarkable and ambitious girl, the starcatcher, are the origins of Peter Pan, Wendy, The Lost Boys, Captain Hook and Neverland.  The production is an extravaganza of staging which relies on physical and theatrical storytelling with a script, jam-packed with poetry, music, fart jokes, gentle lyricism, and numerous nods to pop culture.

Casting: Seeking student performers of all kinds! We will be building a diverse ensemble of creative actors who can tell any theatrical story with physical expression, language, a few props and a ton of imagination. All casting is open to all identities: races, gender expressions, sizes, physical abilities, sexual orientation, religions, ethnicities, countries of origin, and more.

Course info: If cast, all UW students MUST enroll in Theatre 360.